Helping the world around us 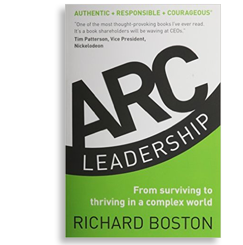 We're passionate about having a positive impact beyond our clients' organisations, too. As you'd expect, given our focus on being Authentic, Responsible and Courageous, we don't believe in 'CSR for PR'. So there's no long list of virtuous acts here. Our focus below is on drawing your attention to some important causes, so you too might get involved...

LTTW was born in 2013 out of a collaboration between its two founders, WWF conservation specialists and officials from the Terengganu state government in the northeast of Peninsula Malaysia, just south of the Thai border. Since then, they’ve been joined by over 500 volunteers from more than 20 nations. They’ve prevented tens of thousands of turtle eggs being sold to the market, in a state where it’s still legal to trade and eat the eggs, despite a dramatic decline in the population of green turtles and the annihilation of local leatherbacks – despite once hosting the seventh largest leatherback populations in the world.

Why is LeaderSpace focusing on turtles, rather than other animals or environmental causes? We’re not, and this isn’t the only way we’re taking action on sustainability. Turtles are like the canaries of the sea. The health of individuals and turtle populations as a whole gives a good indication of the quality of marine ecosystems, respect for the natural world and attitudes to sustainability. Turtles are a great icon, too; a mascot, a rallying point for taking a more responsible approach to the world we live in. 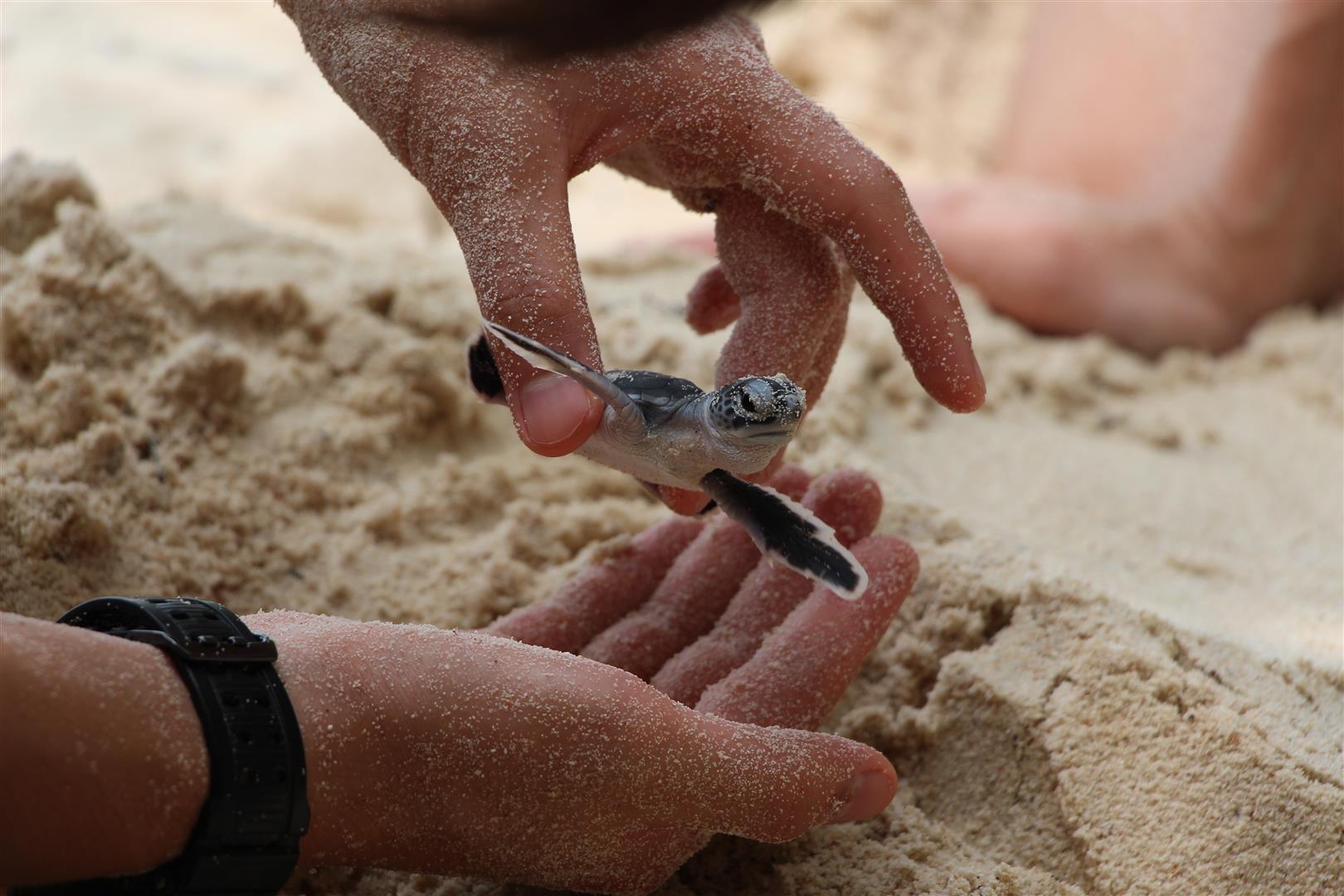 Lang Tengah Turtle Watch doesn’t just save eggs from poachers. It hauls plastic out of the sea and off of Malaysia’s beaches. It protects local coral and even regrows sections of reef. It lobbies local institutions, seeks to change people’s habits and mind-sets and runs programmes in schools aimed at helping future generations to live more responsibly and sustainably. Importantly, it was founded locally, so it’s not some Western project seeking to impose foreign values on people who’re too busy struggling to make ends meet to invest in broader, longer-term considerations like sustainability and climate change.

What are we doing? We sponsor local volunteers who couldn’t otherwise afford to leave home, travel to the island and live in the camp for a fortnight or more. The project attracts volunteers from all over the world, but it’s the ones that come from the local communities that will have the greatest impact on local attitudes and behaviours when they head back home and share their stories.

What can you do? You could talk to us or you could visit their website and adopt a nest, sponsor some other activity or maybe even volunteer for a week or two. We promise: it’ll be a ‘holiday’ you’ll never forget.

Eden Reforestation Projects started in Ethiopia in 2004. It emerged the combination of founder Dr. Stephen Fitch’s first-hand experience growing up in a “third world culture”, his appreciation for the dynamics of poverty and his horror at the effect of radical deforestation in Ethiopian communities. The organisation works by employing thousands of local villagers who plant healthy forests systems for as little as 10¢ per tree.

The work has expanded beyond Ethiopia into Madagascar, Haiti, Nepal, Indonesia and Mozambique. Its projects have employed over 3,500 full and partial season village workers – totalling over 2.5 million working days across more than 80 sites – and planted more than 265 million trees. Its target for 2025, is to plant a minimum of 500 million trees each year and “to offer a life transforming wage to tens of thousands of villagers in countries where poverty is rampant”.

While we have personal connections with Nepal and Indonesia as well, we’ve chosen to focus our investments in projects in Mozambique. It’s a beautiful country that benefits far less from tourism than Nepal and Indonesia; it’s 75% deforested and half of the population are less than 15 years old. Foreign interest in Mozambique’s rich minerals also threatens the country’s ecological future.

What can you do? You could talk to us or you could visit the Eden website to sponsor a project yourself. Our starting point was to send them what we would have spent buying and mailing Christmas cards. It was a small amount but it put 2,500 new trees in the ground. It also inspired us to subsequently invest six times the cost of offsetting the carbon for our annual international travel in more poverty-busting trees for Mozambique. Maybe you could do something similar…? 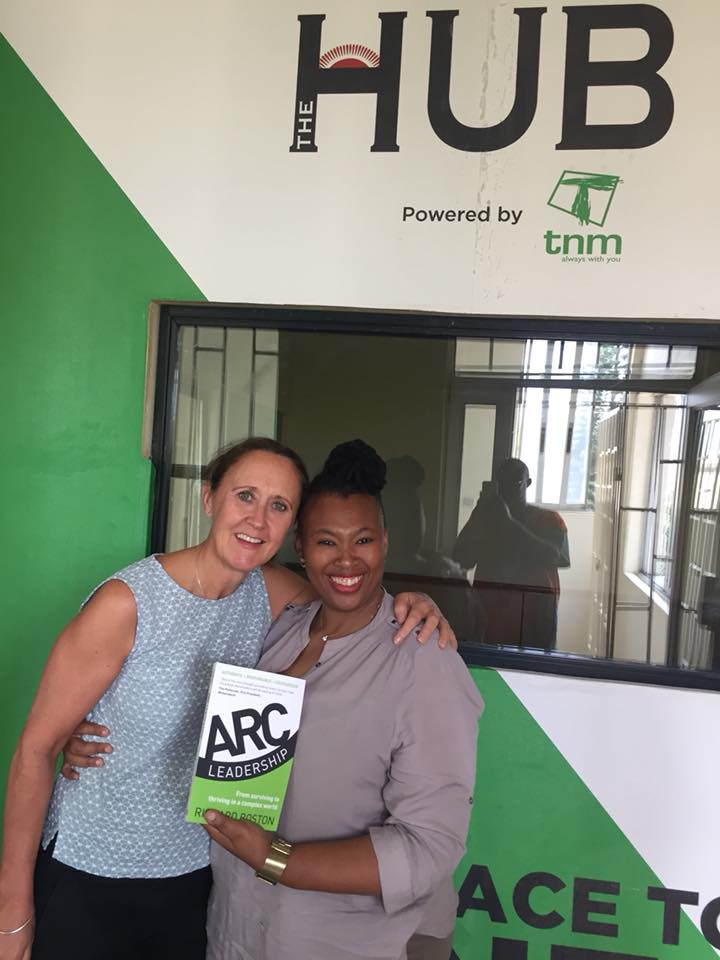 As our Director of Coaching, Jane’s primary reason for visiting Malawi was to coach entrepreneurial women. Malawi – often known as ‘the warm heart of Africa’ – has desperately high levels of poverty and women are often seen as key to the nation’s future prosperity. The women she coached were an inspiration: a mix of purely commercial entrepreneurs and women whose businesses were themselves enhancing the quality of life for people across Malawi.

One of those companies supplies affordable, high quality, reusable sanitary products across the nation. This has a massive impact on the lives of Malawi’s women. Many can’t afford sanitary products and end up missing or dropping out of school due to the combination of inconvenience and shame. By helping them stay in education, this amazing woman is helping countless women make better lives for themselves and their families. 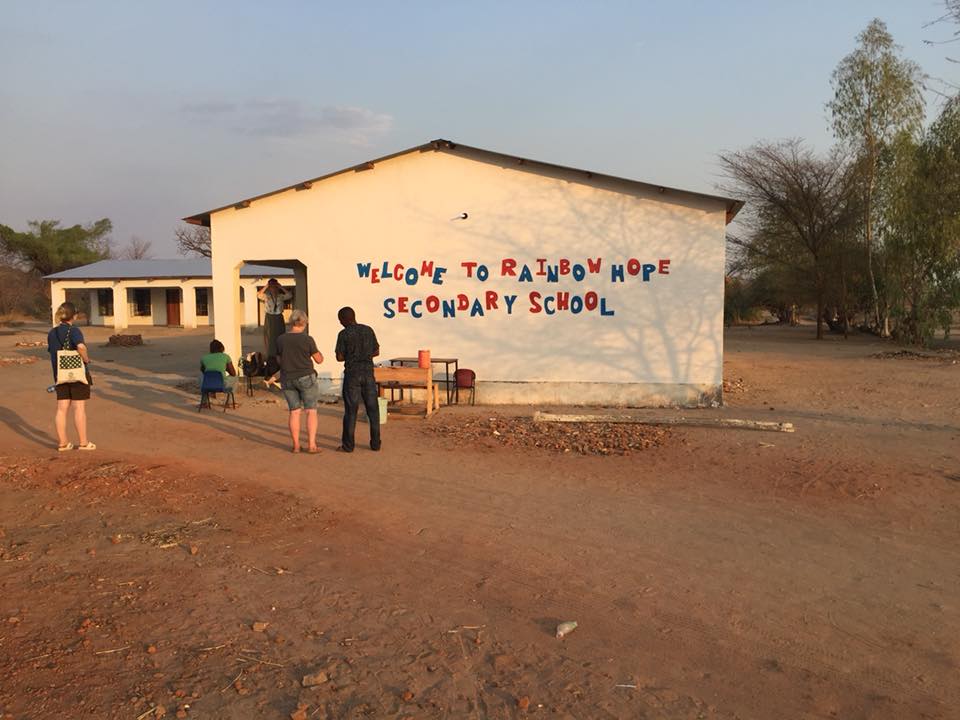 While she was there, Jane also helped run a development programme for students at Rainbow Hope Secondary School. In Malawi, students pay for secondary education. So many of them are older than you’d expect in Western countries: they’ve taken time out to earn the fees for their secondary education. Jane also raised funds to help pay for a new STEM classroom for the school and we’re continuing to sponsor one of the students through the rest of her years there, covering her fees, boarding and uniform.

What can you do? You could talk to us or you could visit Orbis Expeditions to work out your own way to help in Malawi. Orbis specialises in educational, philanthropic, sustainable travel across the country.

The Sherpa Challenge: watch the movie; get involved; spread the word

Inspired by Alex Shirley of Sydney’s PrimalFit, Dean and Richard took the “Sherpa Challenge”, carrying participants in a leadership development programme to help raise funds to support the people of Nepal. Watch them making fools of themselves in one of the videos below, then decide how you’ll get involved by taking your own Sherpa Challenge…

We challenge you to spread the word and get involved. Film your own Sherpa Challenge, nominate 3 people, pass it on and donate to www.dec.org.uk, the Red Cross or www.umbrellanepal.org.

Alex advises anyone participating to warm up properly, maintain good posture throughout the challenge and “switch on their core”. You should also opt to be carried if you find yourself nominated and suffer with back problems. If you’re interested in learning more about PrimalFit, you’ll find them here.

To learn more about the impact we're having in our 'day jobs', click here. Alternatively, if you'd like to help us make the world a better place, please get in touch by email via hello@leaderspace.com.

”At LeaderSpace, it's not enough to make the difference our clients pay us to make. We want to have a broader impact, too - whether that's by improving the lives of people less fortunate than ourselves, tackling environmental issues or by simply putting a smile on a stranger's face.”

Our work in action

Hear how our team has created, combined and configured a range of approaches to leave a lasting impact on our clients and their people.